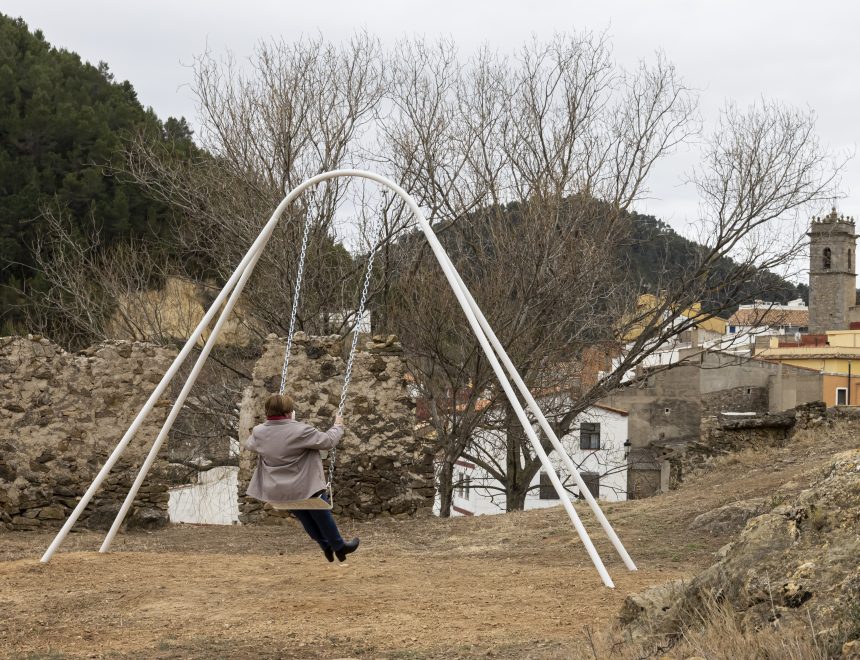 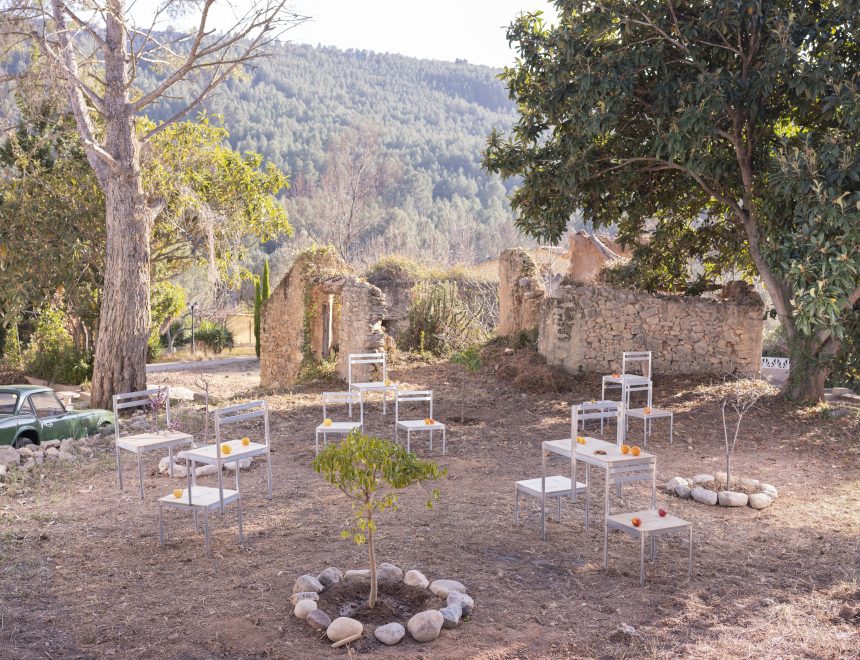 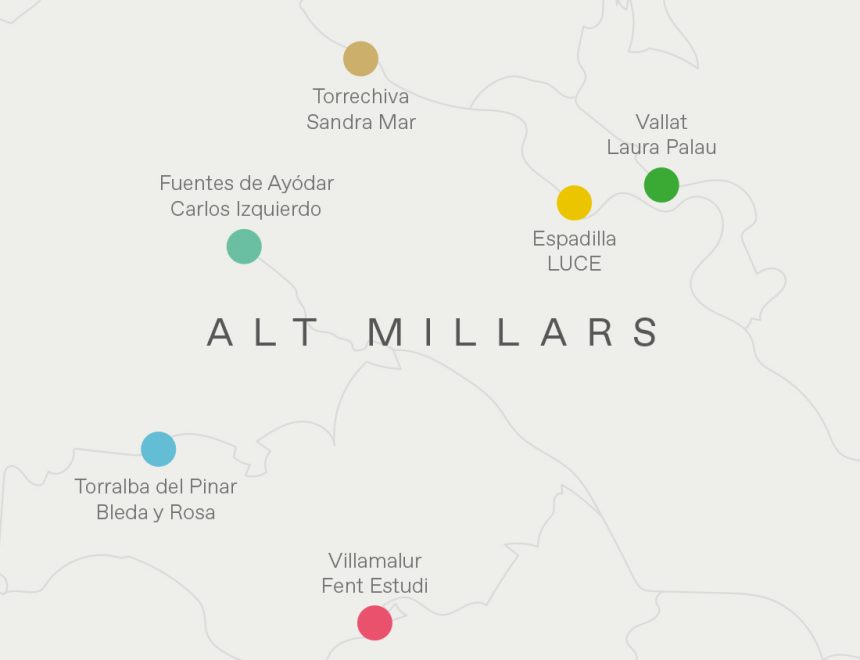 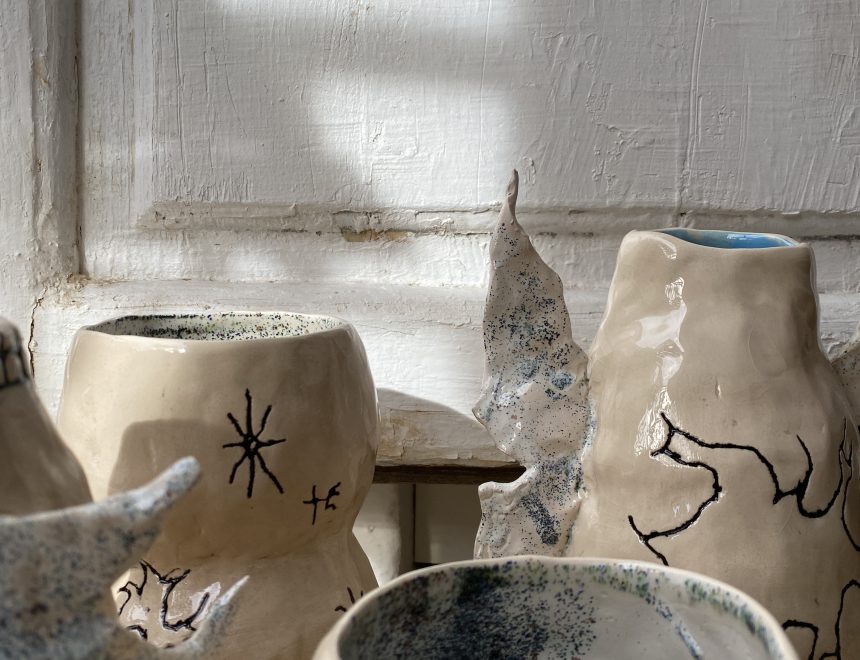 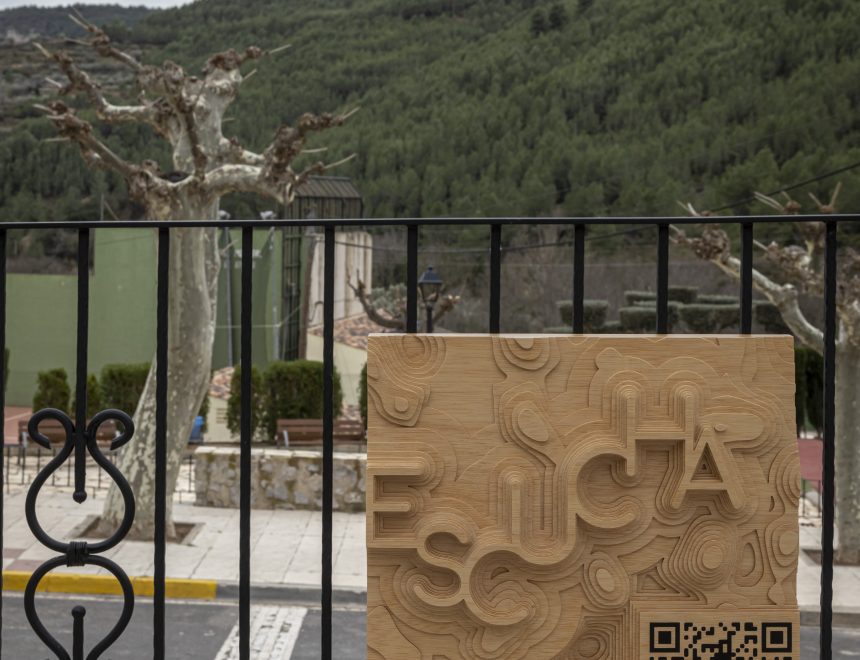 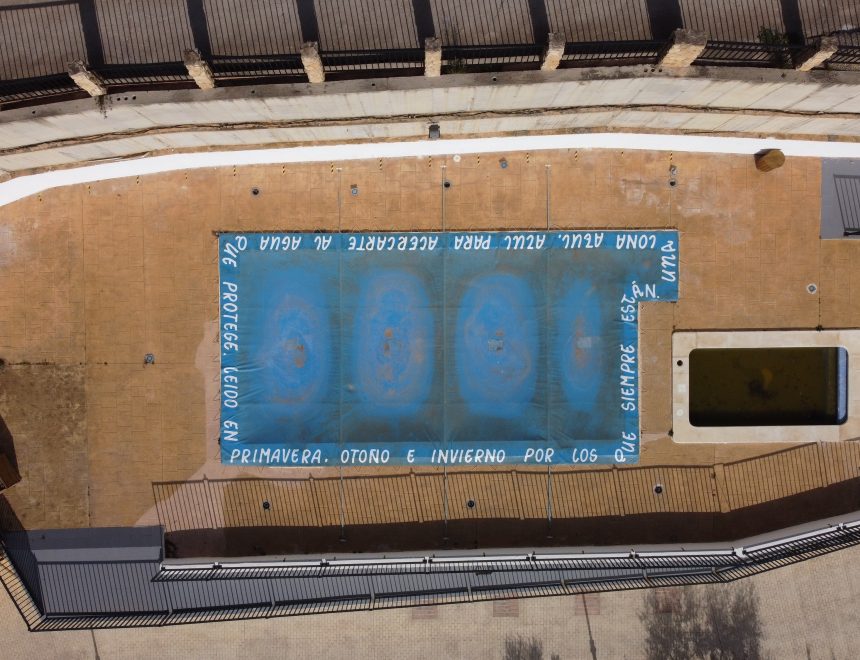 CONFLUÈNCIES. Artistic interventions in the towns of Route 99 is a project of artistic activations in the rural setting, within the line of action of l’IVAM al territori. The program takes place in settings that are somewhat removed from the usual contemporary art circuits, with the aim of sharing uses, tools and logics beyond the museum, connected with other contexts.

The starting point for CONFLUÈNCIES is dialogue with the surroundings thanks to a series of artistic residencies and research in the 24 smallest towns of the Valencia region – which form part of Ruta 99–. After the completion of the visits and by actively listening to the different contexts, the participating artists propose specific interventions for each town. These actions establish relationships of a varied nature with people who live in the towns which, in turn, are a result of previous conversations, where the landscape and the local population are active agents in their final configuration. The resulting installations connect contemporary art with places that are not used to these languages, becoming, by the same token, a trigger of new collective imagination, as well as an attraction to visit and discover.

The selection of artists has created a varied group, both in terms of age and in exercising the practices used, and has taken into account the particular features of the context. Moreover, priority has been given to the interest and sensitivity towards concepts and questions such as the suburbs, the importance of processes in artistic results, the complexity of living in the present and personal and collective memory. The first interventions have been created in the region of Alto Mijares, one of the regions with the lowest population density and a greater demographic urgency within the Valencian Community. In it, six artists have visited the towns, both individually and as a group. They have spoken with the neighborhood, they have listened to the surroundings and have presented their artistic proposals to the residents, in a sort of open assembly.

For these first visits, the selection of artists and towns was:

CONFLUÈNCIES would not have been possible without the invaluable support – before, during and after the periods spent on visits-, of the town councils and local agents, and the residents, who have provided accommodation, meetings, conversations and arrangements to be able to create the artistic interventions in their towns.

Artistic interventions in the towns of Route 99