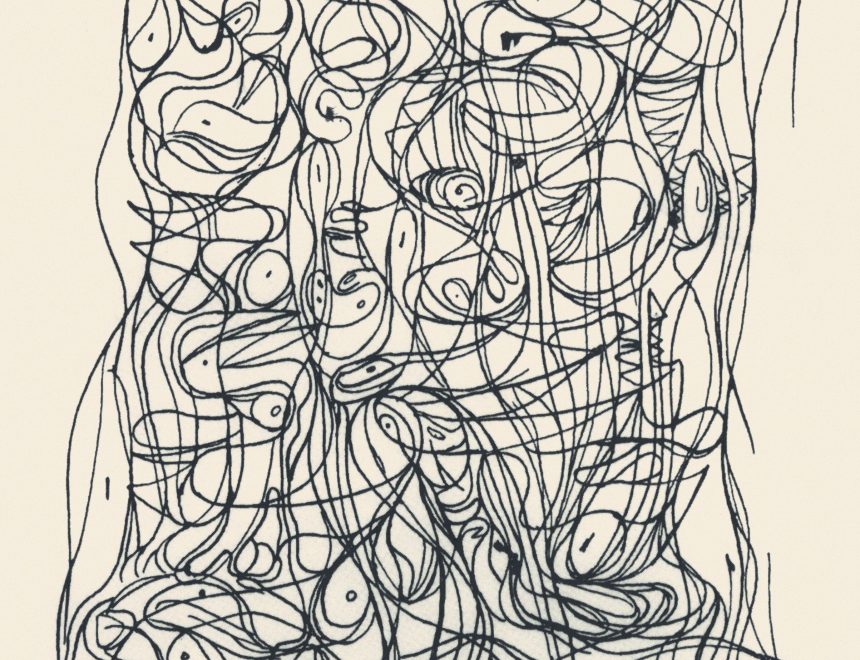 Everyone knows Asger Jorn. The best of painters. In addition to which, he did everything. Marvels: that is to say, in every domain, innovations. We are even beginning to learn—and here the latecomers will be forced to catch up quick—of his decisive contribution to the new urbanism and the creation of a situationist topology. Not to mention détourned painting, which is something quite different from ordinary painting; hundreds of pages of studies on aesthetics, from which aesthetics will never recover; the largest ceramic work in the world. And, of course, tapestry. Asger Jorn never stopped exiting painting, on every side.
Michèle Bernstein, 1960

Open Creation and Its Enemies: Asger Jorn in situation presents the singular trajectory of the Danish artist Asger Jorn (1914–1973), a founding member of avant-garde movements such as Cobra and the Situationist International. While often acclaimed as an extraordinary painter, the exceptional range of Jorn’s practice merits a broader exploration. Open Creation and Its Enemies makes legible the experimental parameters of Jorn’s multifarious activities, charting his exits from, as well as his returns to, painting.

To Asger Jorn, producing, collecting, and reworking images was a way of transforming the world. In 1946 he made an automatic drawing during a stay in Saxnäs, a town in Sweden and Sápmi (the land of the indigenous Sámi people). Using pen and transparent paper, he then traced a series of drawings from the original while also inviting artist friends to do the same. The result was a proliferation of interpretations, among them remarkable paintings as well as theoretical elaborations. For Jorn, the experience proved the value of artistic experiments. It also demonstrated that an image is open to a multitude of interpretations depending on the “activity of the spectator, who in this way is no real spectator anymore.”

Taking its cue from this experiment, Open Creation and Its Enemies presents an expansive and inviting view of Asger Jorn. The exhibition includes commissioned works by Danish artist Anna Sofie Mathiasen as well as by the Institute for Computational Vandalism, who have been invited to engage with Jorn’s legacy from a contemporary perspective. Developed in close collaboration with the Museum Jorn in Silkeborg and curated by Norwegian art historian Ellef Prestsæter, the exhibition is accompanied by a comprehensive book featuring translations of canonical and hitherto unpublished texts by Jorn as well as new perspectives on his practice.

Crayons and Computers: A Drawing Workshop. The Institute for Computational Vandalism