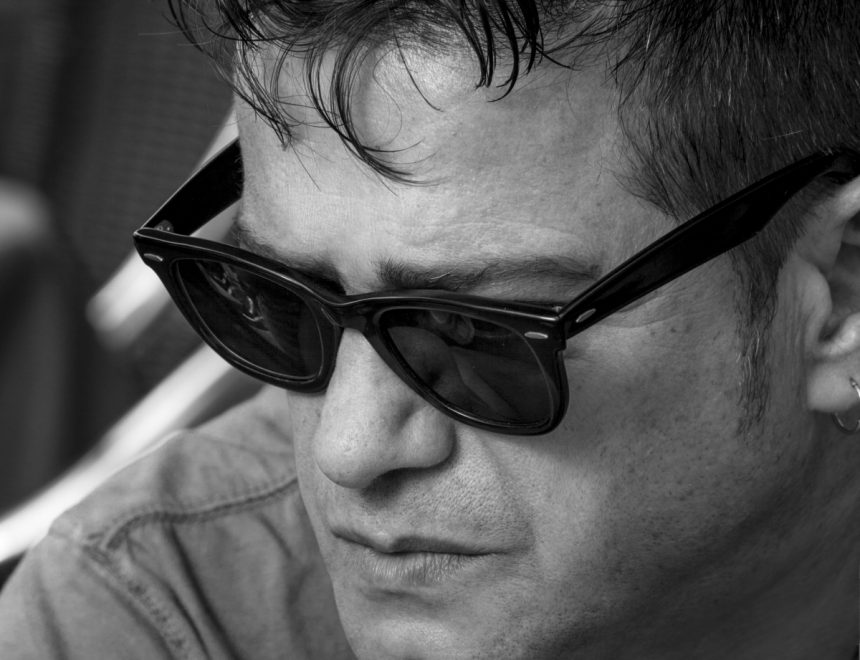 Santiago Auserón (Zaragoza, 1954) graduated in Philosophy and Letters at the Complutense University of Madrid and studied at the University of Vincennes, Paris VIII, under the direction of Gilles Deleuze. He participated in the founding of the musical group Radio Futura, that was reflected in the media as the best Spanish rock group, recognized in Spain and Latin America. Between 1984 and 1995, he investigated the roots of the traditional Cuban Son and produced several historical anthologies, among them Francisco Repilado “Compay Segundo”. In 1994 the Juan Perro project was launched, combining African-American, Afro-Caribbean and Hispanic musical traditions, touring Spain, Europe, Latin America and the United States, and recording another half-dozen albums of original songs. He has published numerous articles about music, philosophy and literature and the books La imagen sonora (Episteme, 1998), Canciones de Radio Futura (Pre-Textos, 1999), Canciones de Juan Perro (Salto de Página, 2012) and El ritmo perdido (The lost rhythm). Peninsula, 2012, 2015). Among other recognitions, he has received the National Prize of Current Music of the Spanish Ministry of Culture, 2011. In 2015 he obtained the degree of PhD in Philosophy from the Complutense University of Madrid. In April of 2017 his trajectory in the Prizes of the Music of Aragon is recognized and in May he receives the International Prize Cubadisco by El Viaje.