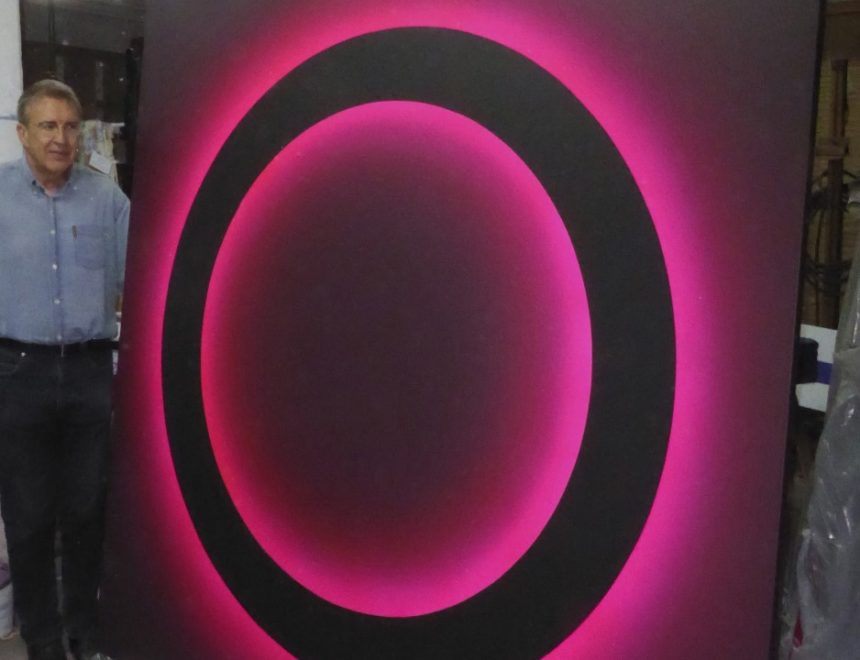 José María Yturralde and Alfonso de la Torre talk about the artwork Hathor, which the artist is presenting on the IVAM’s facade as part of his participation in the project L’IVAM Produeix.

L’IVAM Produeix wants to promote research and experimentation by artists. The main intentions are that the museum generates new artistic productions, at the same time as it highlights site-specific projects for some non-museum spaces of the building, such as the main facade, the esplanade or the IVAMLab lobby, among others. In this context, José M.ª Yturralde presents his artwork Hathor, which belongs to the pictorial series Enso, in which he investigates the circle and its three-dimensional extension, the sphere, the universe, the void, the infinity…

PhD in Fine Arts by the Polytechnic University of Valencia. Full member of the San Carlos Royal Academy of Fine Arts, Valencia. Professor in Painting at the Fine Arts College of Valencia. National Award for Plastic Arts 2020. He takes part in the group Antes del Arte in València 1968-1969 but also in the Seminar on the Computer-aided Generation of Visual Shapes at the Computer Centre in the University of Madrid. He participates in the IX Biennial in São Paulo, the Venice Biennial in 1978, International Triennial in Japan, First European Nature Triennial in Denmark and the Biennal d’Architecture Frac d’Orleans, France.

Throughout his career he has published numerous artworks, articles and has given classes and seminars on the geometry and the notions of space-time, hyperspace and emptiness from a very personal, expressive and essentially pictorial vision. He has made numerous personal and collective exhibitions in universities, museums-