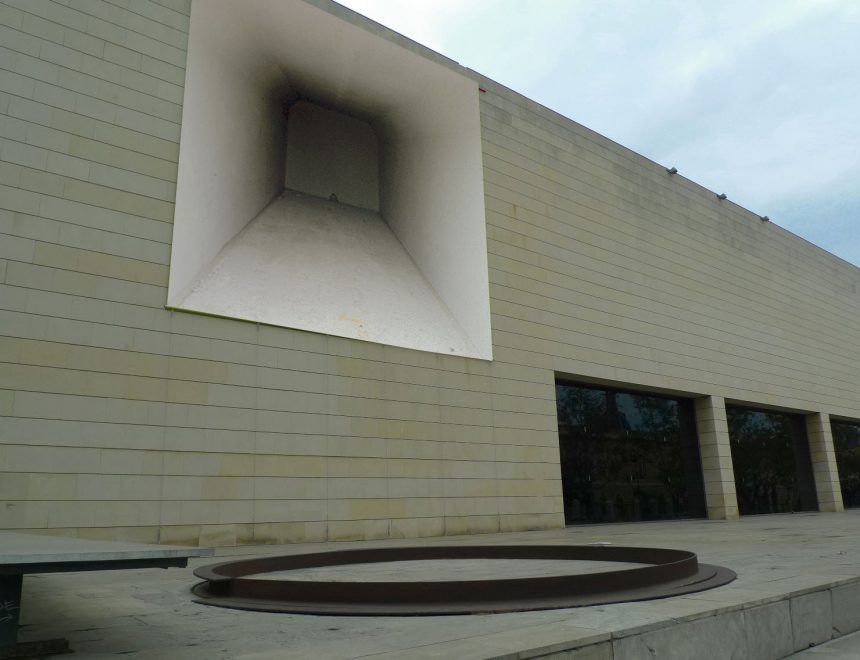 The IVAM has incorporated a new line of artistic activity focusing on specific proposals by various artists which reinforce the museum’s programme of exhibitions by activating areas that have been considered merely functional. One of the frameworks for these interventions of The IVAM Produces is the museum’s façade, which will offer a series of large images conceived and created specifically to reflect on the role of art in our society.

The first of these contributions is provided by Cristina Lucas (Jaén, 1973), a multidisciplinary artist who has developed a personal style that updates the expressive fields of performance, happening, video, installation, drawing and painting, and that has brought her wide recognition in Spain and in other countries.

In the words of the artist, her work Box, which will be exhibited for six months, until the end of June, “is the inside of a square prism. It is a simple image, without references, disturbing but very close; it is the inside of a niche for a coffin. The final container. Presenting a three-dimensional space, the last dwelling-place, on a façade that people generally pass by at the speed with which one reads ephemeral advertisements.

Hyper-exposing it on the façade of the IVAM, inviting collective visual reflection about how suprematism and geometry are related to concepts of the permanent, the ephemeral and biopower.

The confluence of the architectural formality of the museum, its urban setting and the work by Richard Serra is enhanced by another element that stimulates thought about the concepts of body, speed, image, transcendence, time …, aesthetic reflection focusing on the purest and most abstract tendencies detached from everyday events.

By introducing this image into a permeable context of highbrow culture and popular culture, the work invites us to explore more abstract, philosophical questions related to everyday elements.”