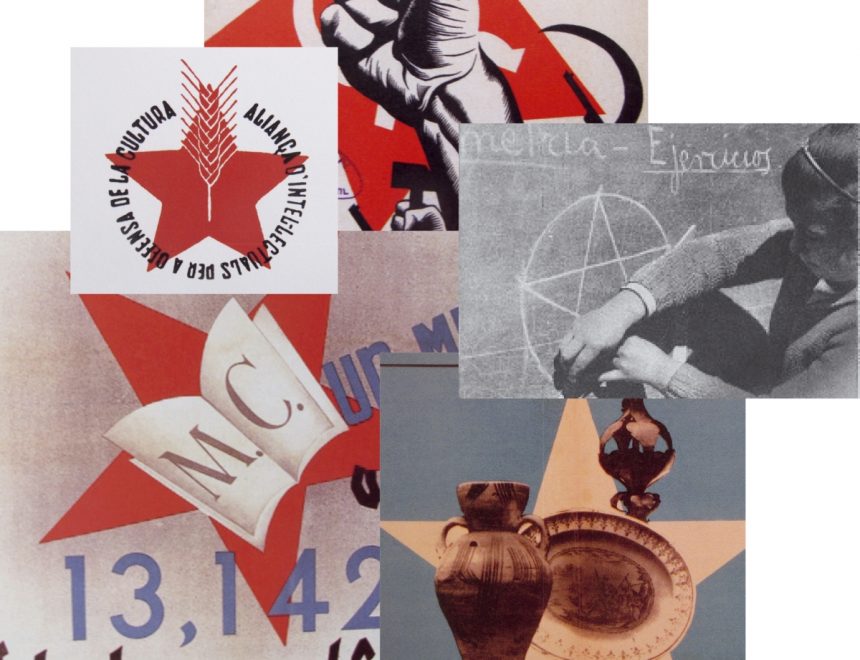 During the Civil War, countless emancipating episodes took place on the Republican side that invited people to think of a better world. Spaces for freedom and hope that, after the triumph of Francoism, were repressed and abolished. These spaces closed in an untimely way have turned into traumatic lesions that keep coming back over and over again like ghosts. The workshop Dibujar una estrella de cinco puntas examines these phantoms, which, as Derrida said, come to us from other times to upset and disrupt ours, and analyse the problems of representing them. How can we formalise their signifiers? How can we give shape to their echoes?

The referent of the workshop will be the Instituto Obrero and will analyse in situ the space it occupied, and it will also make a reflection about the meaning of the labour movement in the 21st century, the validity of internationalism, the unity of the proletariat or the meaning of symbols like the red five-point star.