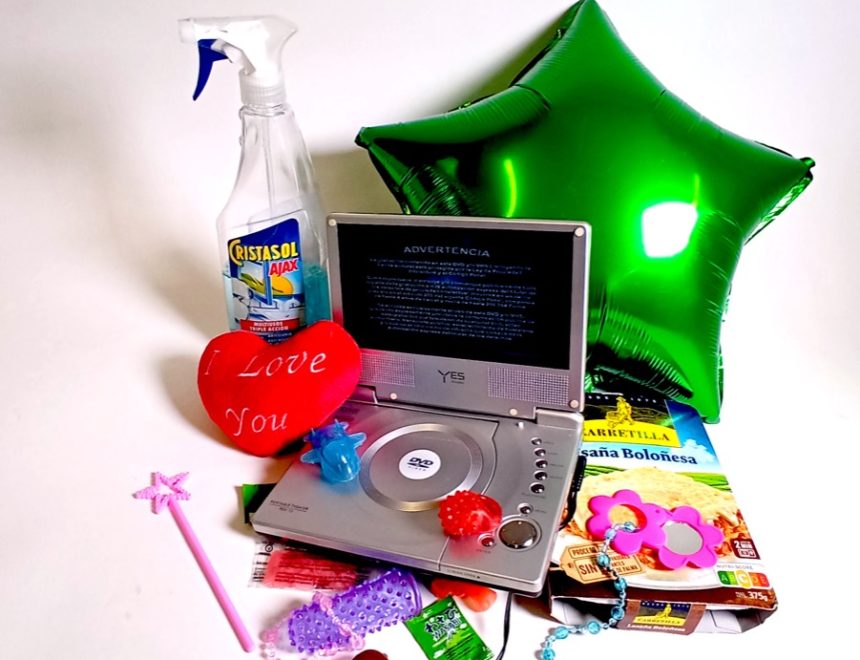 Between May and June, the 3rd year students of the Fine Arts Degree (UPV) studying Aesthetics and politics: new forms of citizen intervention, have been working on and analysing the Art and Context Program from the perspective of relational aesthetics. Throughout the sessions, they have approached the program and the works of each artist who is part of it through different texts, ideas and dynamics, focusing on Berenar’s activity that they proposed as a space for opening up their process. At the end of the program, they were asked to organise an activity that reflects the link between art, context and relational aesthetics. In their own words:

Art market. Bring your stuff, not your €€€ is an activity organized by the Fine Arts students of Aesthetics and Politics: new forms of citizen intervention, which aims to question the art market. Through a relational approach, the students invite the public to participate in the exchange of objects, feelings and experiences both with them and the other participants. Therefore, you must bring an object(s) to exchange, whether material or not.

Directed by Elena Sanmartín (in charge of the education and mediation department of the Art and Context Program), Elena Rocamora Sotos (PhD student in Art and Aesthetics at UPV and UG) and Miguel Corella Lacasa (lecturer in Aesthetics, Visual Culture and Art Theory at UPV).