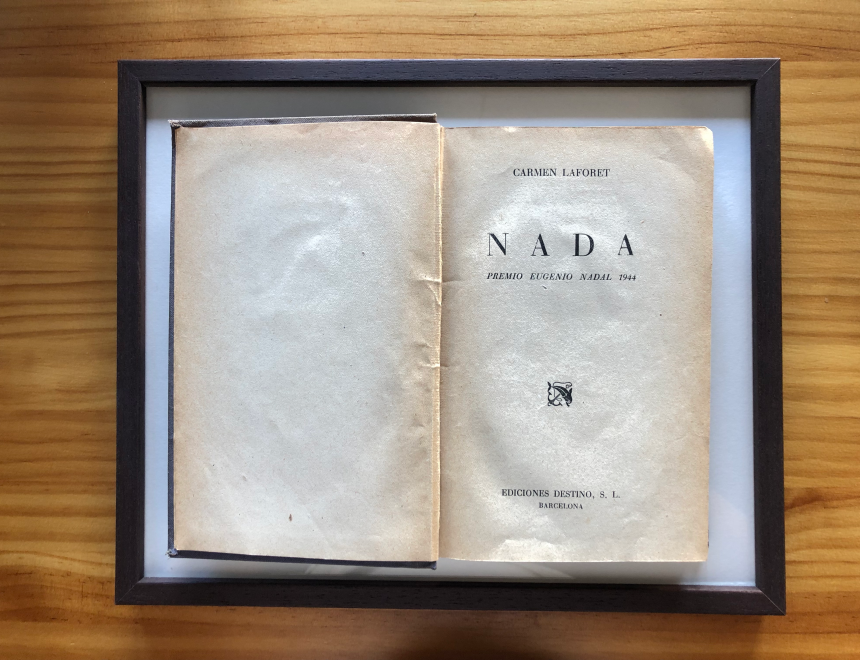 The collection from IVAM is organised using six chronological and themed blocks which explain, with their own voice, the art developed from the beginning of the 20th century to the modern day. Perhaps not everything is as it is (or was), but it is everything that exists. Stories of the present – and those that come from far away but are updated in our present- should be told as a polyphony of voices and from contexts that make us sharpen our critical eye regarding their construction and relevance.

Over six sessions, using six books, we will delve into the narrative actions that literature offers us and we will link them together, sometimes with simple gestures and sometimes with more complex choreography, with the IVAM collection. The worlds of fiction build reality; they are reflective mirrors or transparent windows, but they always tell us what we are, or what we are eager to become, from our previous experience and towards our future possibility of transforming ourselves. In these narrative gestures, traversed by stories and lives, we will slow down.

1939-1961: Art in post-war Europe
«The twenty two years that make up this period, covering four decades, stand out for the consolidation of artistic movements such as European informalism or American abstract expressionism, together with new proposals of geometric abstract art, in a context framed by the long European post-war period and the hardest years of the Franco dictatorship.»

Barely five years after the end of the Spanish Civil War, and with the Second World War in its final stage, Carmen Laforet won the Premio Nadal literary prize with this simple, tough and profound novel. With the end of the conflict, the toughest repression of the first years of the 1940’s and the exile of hundreds of thousands of republicans, Spain is poorer, more ignorant and darker. This book is a door to a still inhospitable place which will gradually find new ways of expressing itself in literature, poetry, theatre and art. Informalism will be a window from which to be able to express, in silence, what still cannot be introduced to the Spanish stage, the victorious winds of an abstract expressionism that blow, continuously, from the United States.