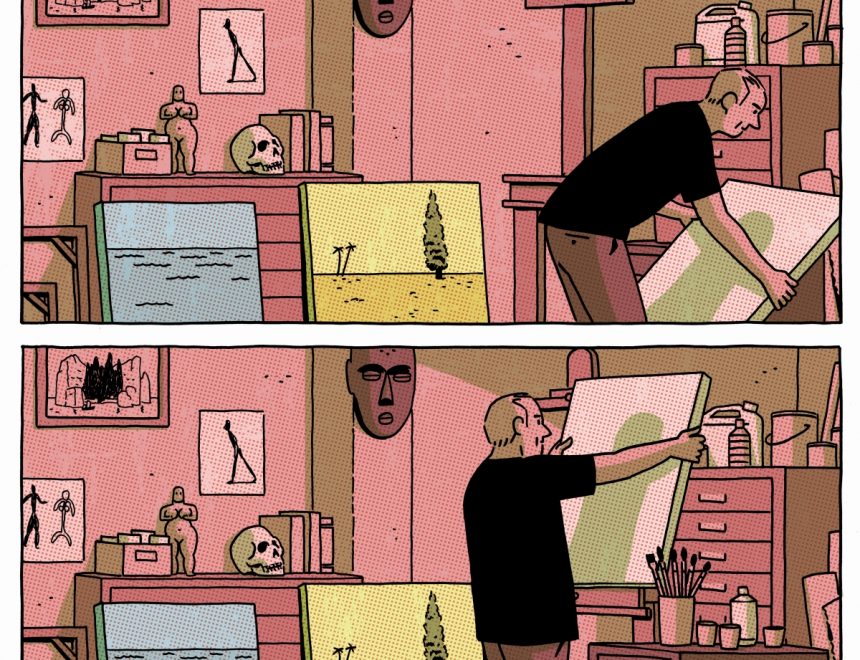 Conversation between Paco Roca and the comics critic Álvaro Pons, on the occasion of the exhibition Paco Roca in the IVAM Gallery 6.

The graphic artist Paco Roca (Valencia, 1969), awarded the National Comic Prize in 2008, will carry out a specific project for the IVAM’s gallery 6, focusing on the museum’s 30th anniversary. Once again the emphasis will be on championing comics as an artistic discipline that must have a place in the Institut Valencià d’Art Modern.

Paco Roca’s specific work for the IVAM will concentrate on the creation of a new comic based on the history of the IVAM. The artist will take as a basis a painting by Equipo Crónica that is in the IVAM Collection and will recreate the comic in gallery 6. The walls of the gallery will be the pages of the comic, which will merge with the gallery and the whole museum.

Although Paco Roca has done all kinds of work, from advertising to publications, this is the first time that this Valencian illustrator has faced a project of this nature. He began his career in the field of comics by publishing in the magazine El Víbora. The greatest success in his career came with Arrugas (2007), a comic about Alzheimer’s disease, which received numerous awards, including the National Comic Prize.

Paco Roca. The drawn one