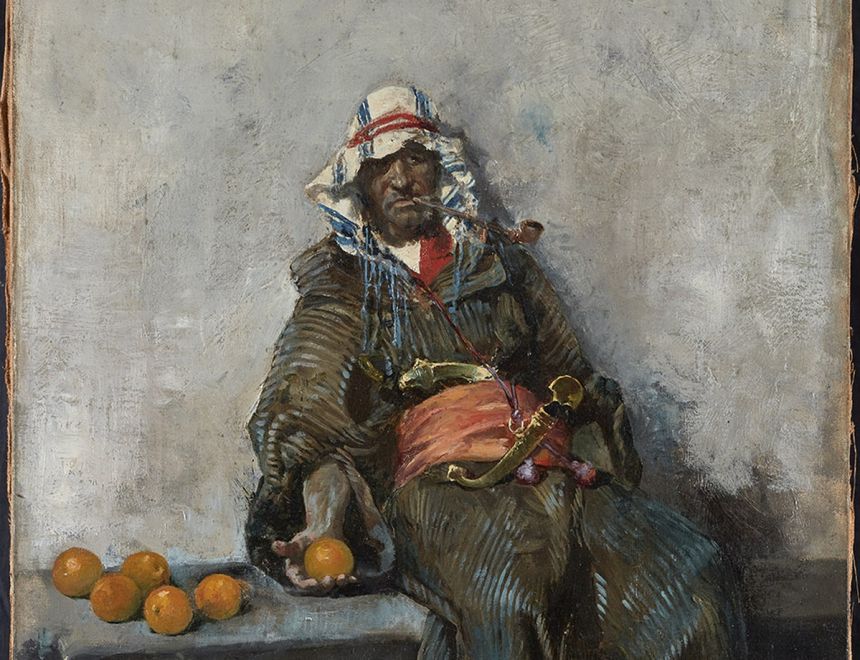 Conversation between the curators Rogelio López Cuenca and Sergio Rubira to accompany the opening of the exhibition Orientalism. The Construction of the Imaginary of the Near East and North Africa (1800-1956).

Orientalism, by the Palestinian thinker Edward Said (1935-2003), was published in 1978. It revealed how the East was constructed as the counterpart of the West by the discipline that gave the book its title. Orientalism was based on a series of stereotypes that corresponded to the interests of political and economic powers. Those clichés are still maintained today and they define the images of the East that we consume in the West, in the media and in films and advertisements.

This exhibition seeks to analyse and question some of those commonplaces in the images that were produced between the time of the Napoleonic campaign in Egypt and Syria (1798-1801) and 1956, the year when Morocco and Tunisia gained their independence. The show highlights the way in which avant-garde movements established relationships with Oriental “exoticism” in their attempt to break away from the canon of tradition.