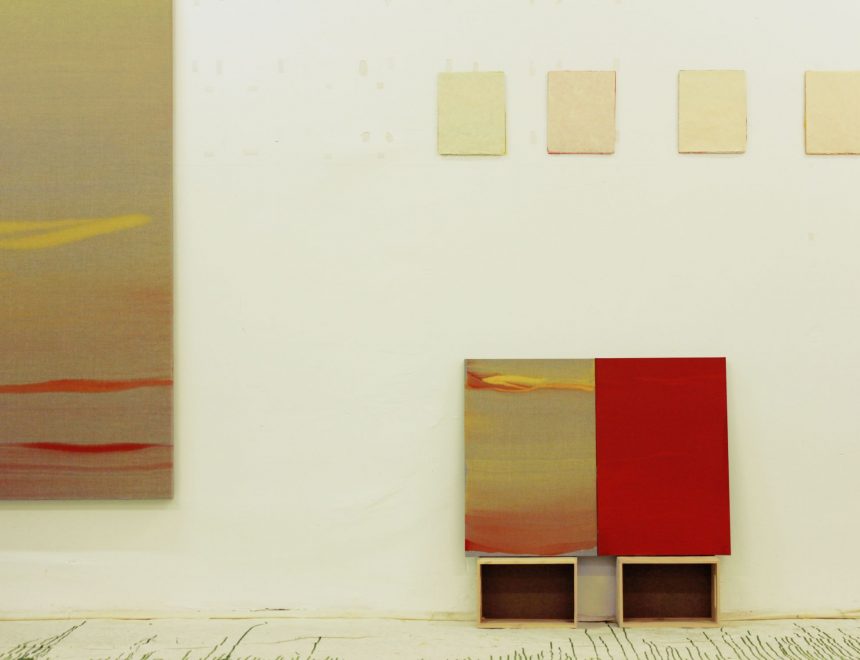 Conversation between the artist Nico Munuera and the art critic David Barro on the occasion of the exhibition “Praecisio: Nico Munuera”.

The starting point for the proposed site-specific exhibition for Valencia that will be presented in the IVAM’s Gallery 6 with the title Praecisio is the idea of a physical limit and how the conception of this limit influences the ability to perceive.

The exhibition will examine the areas that are delimited plastically in the process of painting and will offer an extrapolation of the act of observing connected with the systems of representation of territory, ranging from the continuously changing pattern caused by the movement of the sea on the coast to the clear lack of definition involved in walking and not knowing exactly where the city ends and the countryside begins. In other words, physical places where the end of one state is mixed up with the beginning of the next one.

Areas of interchange or self-definition owing to their difference, whose borders of interrelation that cut and join are fundamental states in painting, where attention is intensified in order to reveal the imperceptible. For this reason, setting out from this questioning and the idea that the limits of the city are always clearly perceptible on a plan but not on the ground, Nico Munuera will establish certain relationships with painting, focusing on the physical boundary as something that constantly generates points of attention.