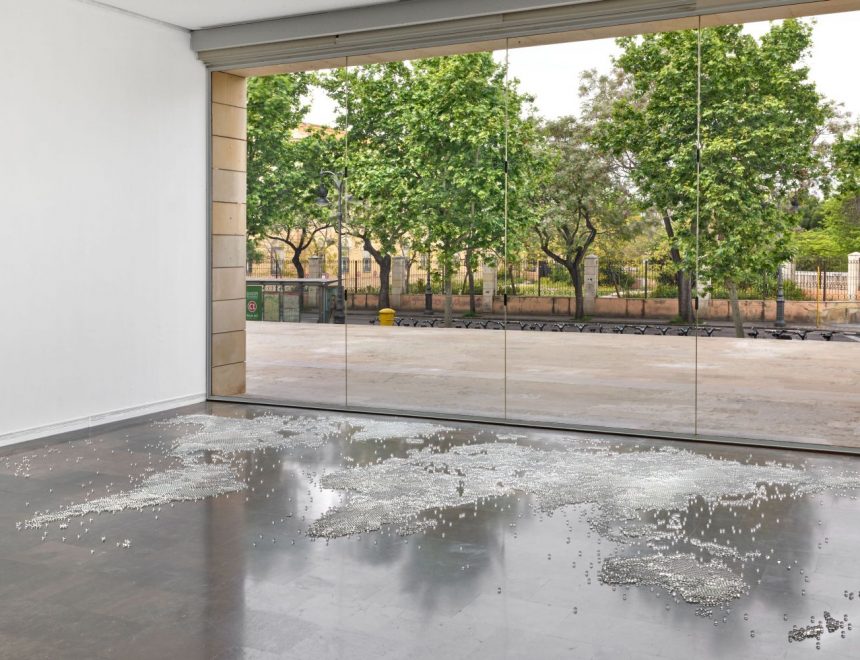 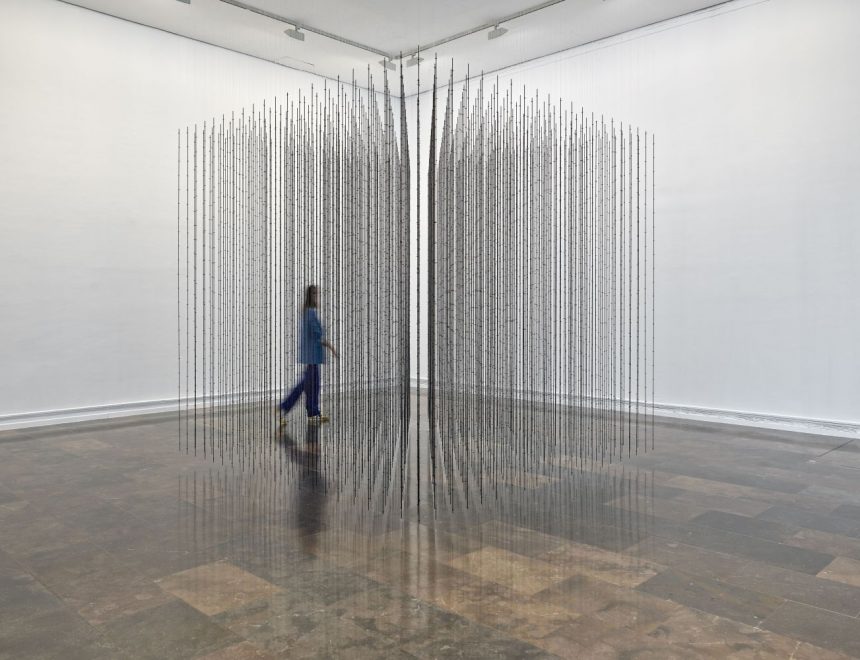 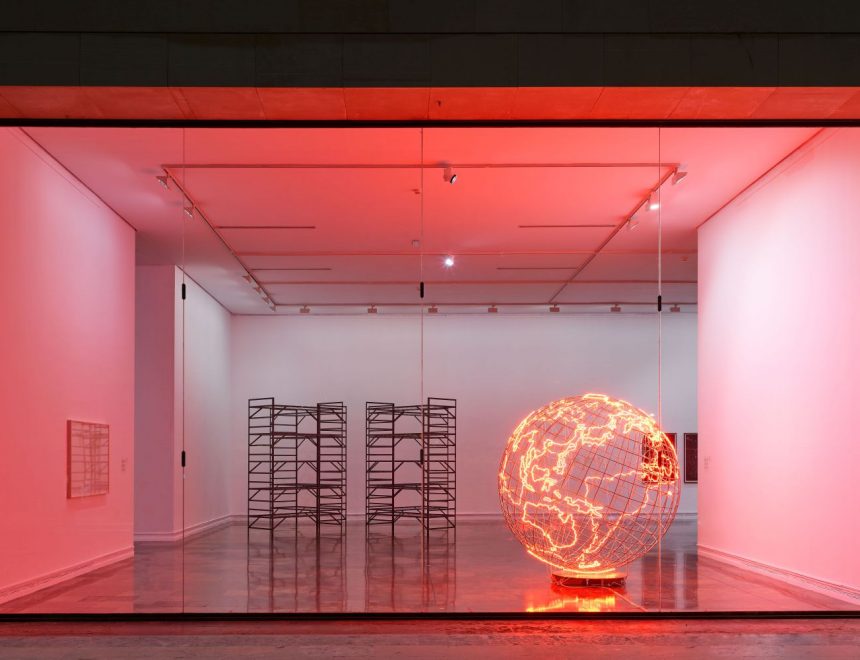 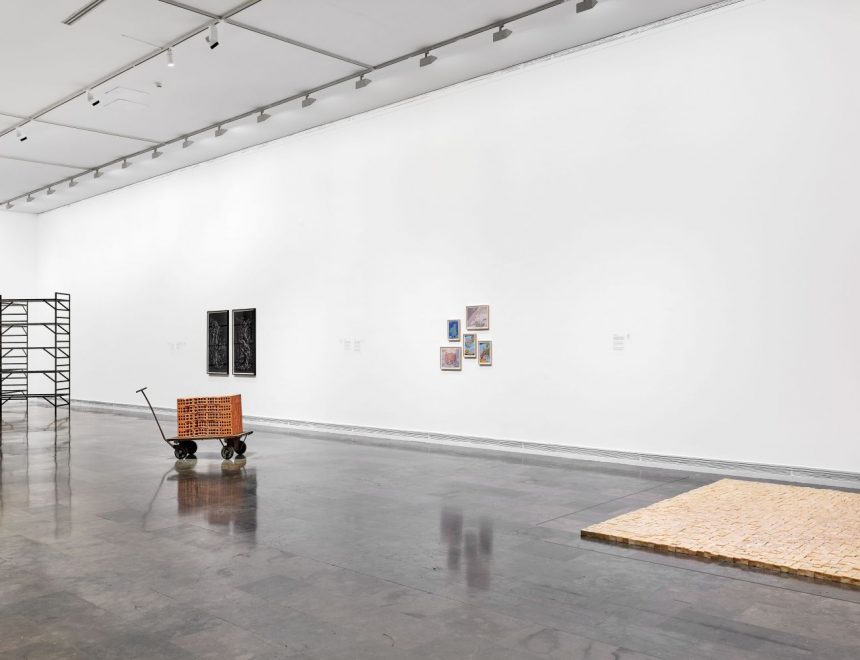 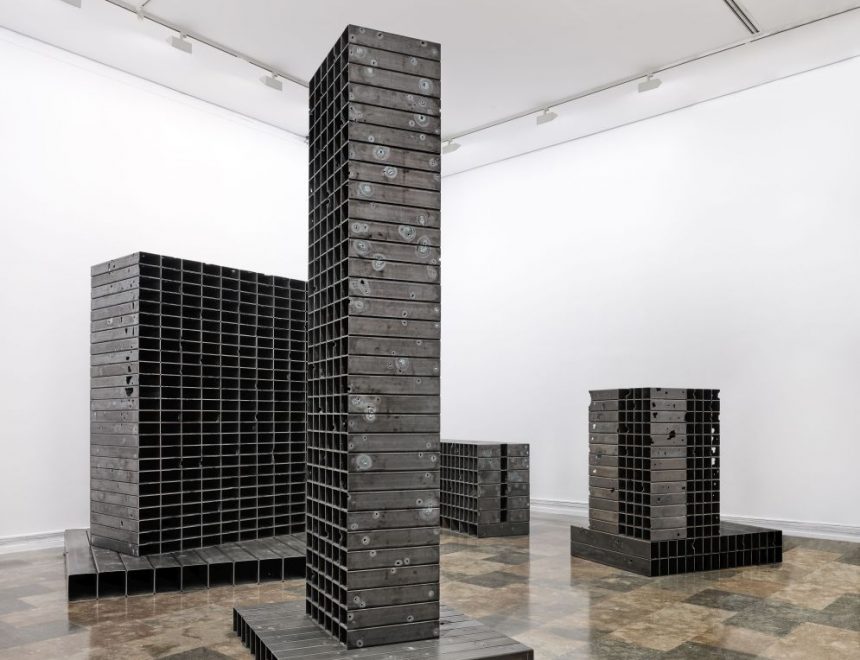 The exhibition devoted to Mona Hatoum, a British artist of Palestinian origin gathers together a selection of sculptures, large-scale installations and works on paper created mostly in the last two decades. It is intended to serve as a tribute to an artistic oeuvre of great diversity and significance and to give the public in Valencia a first-hand, physical experience of the diversity and scope of her output presenting key works that have become iconic pieces of the contemporary art world.

Hatoum is interested in creating formally simple and reductive works that nevertheless impact viewers on an emotional and psychological level. Her work is intentionally created with paradoxical layers of meaning that produce ambiguity and ambivalence to allow several possible and contradictory readings. She often uses attractive and seductive materials to create alluring objects and installations that, on close inspection, reveal a hidden layer of threat or danger lurking underneath the surface.

Mona Hatoum was born into a Palestinian family in Beirut in 1952. While on a short visit to London in 1975 the outbreak of the Lebanese Civil War prevented her from returning home and she has lived in London ever since. She has held solo exhibitions in numerous museums in Europe, the United States, Canada and Australia. She has also participated in many important international exhibitions including the Venice Biennale (1995 and 2005), Documenta, Kassel (2002 and 2017), Biennale of Sydney (2006) and Istanbul Biennial (1995 and 2011). Recent solo exhibitions include a major survey organised by Centre Pompidou, Paris (2015), Tate Modern, London and KIASMA, Helsinki (2016-2017).

Workshop “The Revealed Sound”, by the School of Electrosonous Trades