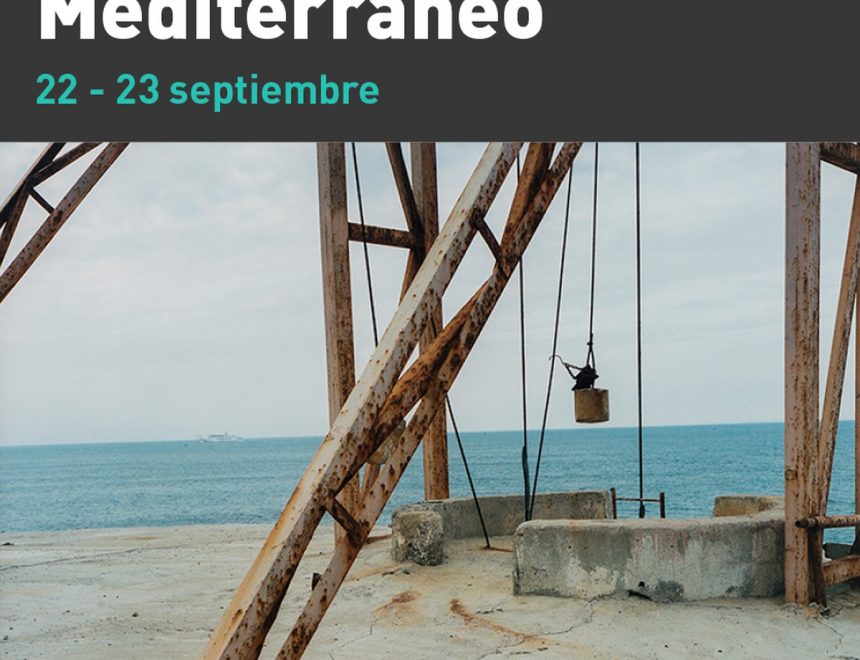 Sign up!
Entries must be formalized by e-mail: actividades@ivam.es

Nowadays it cannot be ignored the fact that the Mediterranean is a common decisive factor in the identity construction of the territories that delimit. This boundary space has been built in the cultural imaginaries of Mediterranean territories, marked by the development of history and sociocultural events. Present moments push us to ask ourselves about the current vision that exists around the Mediterranean and how it is changing according to the different socio-political conditions.

Imagining the Mediterranean congress emerges with the aim of knowing, building and developing new narratives and structures in the XXI century with past times in mind. For this, a deepening of the different areas related to this cultural and artistic space is proposed, based on the presence of diverse theoretical and artistic profiles from different geographies.

The content will be organized in guest conferences and tables of communications, selected through an international call. The idea is to display a plurality of identities and actives points of view.

The main purpose of this congress is to create a meeting place where a network of contacts can be initiated. Furthermore, knowledge and experiences exchanges will be carried out in order to enhance communication networks in the Mediterranean context.

The communications may be related to the following work lines:

Communications abstracts must contain between 2.500 and 3.000 characters -spaces included-, besides they should include keywords, bibliographical references and the author’s CV (2 pages max.). The accepted languages are Spanish, Valencian and English.

The selected communications will be part of the conference proceedings publication and will be published in digital format with ISBN. The final texts of communications should contain a maximum final extension between 15,000 and 16,000 characters, including spaces.

Deadline for submission final text: September 4, 2017 (with abstract in Spanish and English)

The abstract and the CV must be sent in PDF to the e-mail: actividades@ivam.es

Entries must be formalized by e-mail: actividades@ivam.es

The IVAM issues certificates of attendance and communication conference participants who have attended 80% of the sessions.

Director of Espace d’Art Contemporain La Panacée, in Montpellier. Curator, critic and art theorist. He was co-founder of the Palais de Tokyo in Paris and co-director of the same centre from 1999 to 2006. He was also founder and director of Documents sur l’Art magazine (1992-2000) and correspondent in Paris for Flash Art (1987-1995). In 2007 he was appointed, at Tate Britain, as Gulbenkian curator for contemporary art responsible for the Tate Triennial in 2009. He has been director of the École Nationale Supérieure des Beaux-Arts (2011-2015). Of his bibliography highlights titles related to art theory such as Formes de vie. Une généalogie de la modernité, Esthétique relationnelle, Postproduction or Radicant, which have been translated into several languages.

Associate Professor in the Sociology Department in Mimar Sinan Fine Arts University (Istanbul). She works in the fields of visual culture, urban sociology, and social movements studies. She is the co-editor of Commitment and Complicity in Cultural Theory and Practice (2009), Cultural Activism: Practices, Dilemmas, Possibilities (2011) and Resistance and Aesthetics in the Age of Global Uprisings (2015). Specific mention her book entitled Encounters with the Ottoman Miniature Contemporary Readings of an Imperial Art (2015).

Director of the Beirut Art Center. Image Theory professor in several centers such as the École Supérieure des Beaux Arts (Bordeaux) or the Université of Balamand (Lebanon). From 1991 until 2011 she was head of the Cultural Programs Department at Jeu de Paume in Paris. He has curated exhibitions by artists such as Allan Sekula at Akbank Sanat-Istanbul or Yto Barrada at the Deutsche Guggenheim (Berlin). He regularly collaborates with magazines such as Texte zur Kunst, Les Cahiers du Musée d’Art Moderne and Art Press. She is editor of Allan Sekula, Yto Barrada and Claude Closky.

Director of MAMA (Musée Public National d’Art Moderne et Contemporain d’Alger). Art critic and curator, she is professor of Contemporary Image History at Fine Arts School (Algiers). She has a degree in Law and a Master’s Degree in Audiovisual Criticism and Art Theory. Specialist in contemporary art, his main research topic is focused on giving visibility to the new artists generations from Algeria and Maghreb. She has been a member of numerous jurors and has organized international exhibitions such as the International Festival d’Art Contemporain d’Alger (2009 and 2011), Dak’Art 10ème Biennale de l’Art Africain Contemporain de Dakar (2012) and the BJCEM Biennial, 16ème Biennale des Jeunes Créateurs d’Europe et de la Méditerranée (2013). She has recently curated Arab Territoires exhibition, which is part of the Constantine-Capital of Arab Culture program 2015.