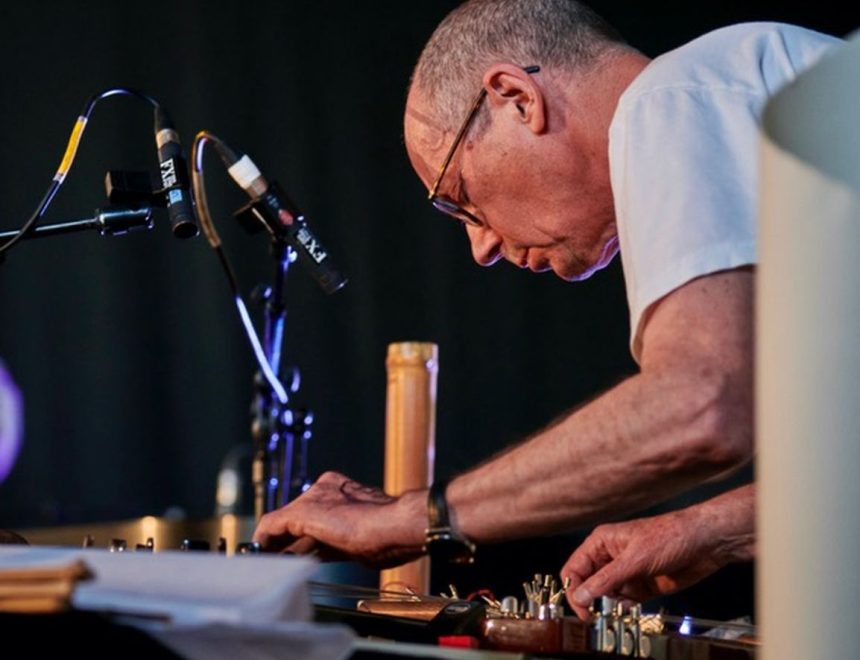 Spanning the production of the six artists who make up the Art and Context Program, we propose a series of activities to promote the creation of new connections and ways of approaching different modes of production or methodologies, providing perspectives that both artists and the general public alike can revisit.

The musician, writer, curator and sound artist David Toop will be the protagonist of the Program’s first activity. The artists that constitute the research group (Darío Alva and Diego Navarro, Claudia Dyboski, Marina González Guerreiro, Álvaro Porras and M Reme Silvestre) will dialogue with the guest, with free participation by the rest of the attendees. The talk will revolve mainly around Toop’s work, Ocean of Sound (1995)- a journey that begins in 1889, when Claude Debussy heard a concert of Javanese music conert at the Paris Exposition and which, for the author, symbolizes the beginning of 20th century music. Starting out from that episode, Toop investigates genres and categories to end up at an ethereal, deterritorialized and immersive sound culture.

Toop will connect online with the IVAM, where those present in the auditorium will have the opportunity to ask their own questions in addition to those raised by the Program team. There will be simultaneous translation of the encounter (English-Spanish)

David Toop (born 1949) plays bone conduction, resonators and buzzers, strings, paper, magnetism, archival memorabilia, flutes, electricity, and other materials. Since 1970 he has developed a practice that crosses the limits of sound, listening, music and materials. It encompasses improvised musical performance, writing, electronic sound, field recording,exhibition curation, sound art installations and opera. His works include eight acclaimed books, including Rap Attack (1984), Ocean of Sound(1995), Sinister Resonance (2010), Into the Maelstrom (2016), Flutter Echo– a memoir first published in Japan in 2017 (2019) – and e Inflamed Invisible: Writing On Art and Sound 1976-2018 (2019). riefly a member of David Cunningham’s pop project, The Flying Lizards, in 1979, Toop has released fourteen solo albums, from New and Rediscovered Musical Instruments and Sound Body on David Sylvian’s Samadhisound label (2006) to Entities Inertias Faint Beings (2016) and Apparition Paintings (2021) on ROOM40. His 1978 Amazon recordings of Yanomami shamanism and rituals were published on Sub Rosa as Lost Shadows (2016). Recent years have seen collaborations with Rie Nakajima, Akio Suzuki, Tania Caroline Chen, John Butcher, Ken Ikeda, Elaine Mitchener, Henry Grimes, Sharon Gal, Camille Norment, Sidsel Endresen, Alasdair Roberts, Lucie Stepankova, Fred Frith, Thurston Moore and Ryuichi Sakamoto, not to mention a revived Alterations – the iconoclastic improv quartet formed with Steve Beresford, Peter Cusack and Terry Day in 1977. Toop is also a curator of sound art exhibitions, such as Sonic Boom at the Hayward Gallery (2000), and his opera –Star-shaped Biscuit– was performed as an Aldeburgh Faster Than Sound en 2012. His most recent record releases include Garden of Shadows and Light, a duet with Ryuichi Sakamoto, Breathing Spirit Forms with Akio Suzuki and Lawrence English, and Until the Night Melts Away with John Butcher and Sharon Gal.