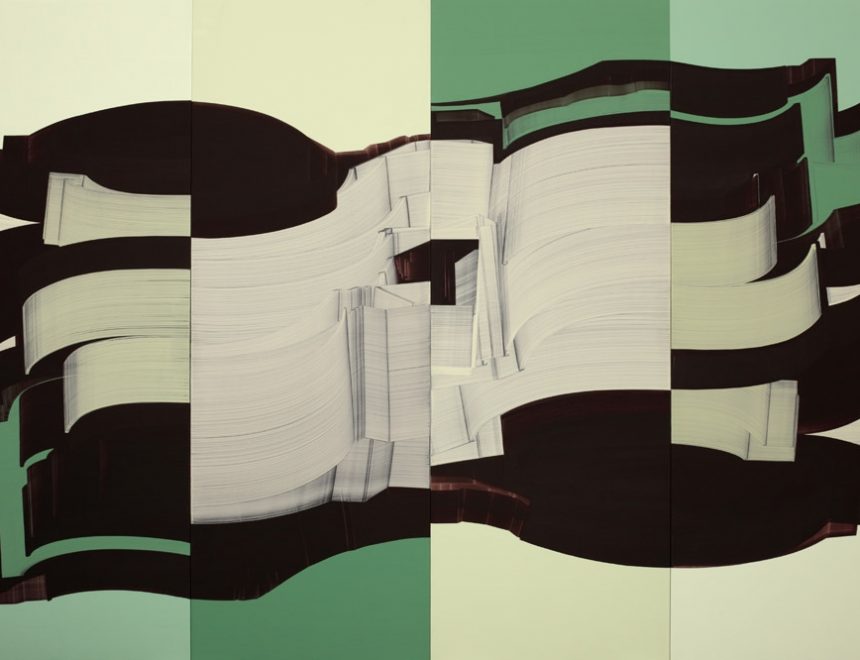 We start a series of conversations between artists, whose aim is to connect works and projects that are similar in some way –or which present differences- with the intention of laying key concepts on the table, which will allow people to understand the contemporary artistic practice. Our intention is to be able to create a dialogue, to rethink, to imagine or to compare ideas, so that these, and their specification in several art forms, become again a consubstantial element of the debate on culture and contemporary art. Also, so that the artists themselves can present them.

Toño Barreiro (Zamora, 1965) has been developing since the mid-eighties, a multidisciplinary work that alternates between photography, painting, sculpture and digital processes. The questioning of the limits of the pictorial medium, through play with sculptural elements, breaking the traditional frame of painting and digital techniques, is a constant in the work. In his work you can see a number of new methodologies and creative processes that lead to winding and synesthetic paintings, playing with the concept of deconstruction, the symbiotic, or the most basic biological processes.

Sergio Barrera (Valencia, 1967). “Painting is a way to learn from the findings of others, as Science says. Something that from the perspective of tradition and its modes of transmission is more than obvious, of course. In this regard and in front of the doubt the ideas raised on copyright and authorship, although management option is only as Dada and conceptual game and drift, if one prefers to make a painting that, despite my presence in practice, cut themselves off from the personal. the paint and wallpaper are not shown on the idea of ​​ownership over what is done, but in any case, the possibility, in the opening direction. Remarkably, this reflection is the product of a series of observation pictorial gestures that are repeated as a constant, both in paintings that I did and many others. Gestures, in a broad sense, whose appearance can be seen almost the same frequencies and intensities. ” (From the press release of the exhibition RECORD A SCENE, overlapping and intertwining. Gallery SET)